“Just get a 35 and pass, grades are not important. Focus on learning more important stuff “. He often said. I topped the class and he got upset! My sister and I found this behaviour really obnoxious and crazy! He wore a plain white cotton kurta pyjama wherever he went, be it a wedding, a party, an international trip or even a cruise. Yes, he was an unusual common man. Our papa. He had a unique way of raising us girls! When my younger sister and I were in school, he was really unhappy with the curriculum and methodology of the education system. So he got us out of the formal education system. At that time I was in college and my sister was still in 9th grade. We spent our days taking up road trips, visiting villages, learning about rural development, water conservation, natural farming, natural living and meeting unusual people from all walks of life who were doing the “real” stuff and living a different life. We practised vermiculture in our own backyard. I still remember truckloads of bio-degradable waste being emptied into the composting pit we created. I’ll never forget our visits to the nearby sugarcane juice stall to collect the bagasse for composting. I’m quite sure he reduced some load on the dumping yards.

He never used perfumes, shampoos or aftershaves and tried to minimize chemical usage wherever possible. A nature lover at heart he always addressed nature as “Mother Nature” and did his bit in conserving natural resources because he believed conserving nature is the biggest virtue. His thoughtfulness was all-encompassing, he never directly discarded used staple pins or any sharp objects in the dustbin bearing in mind that it might hurt the garbage man. He put it all in a small box and disposed of it mindfully. 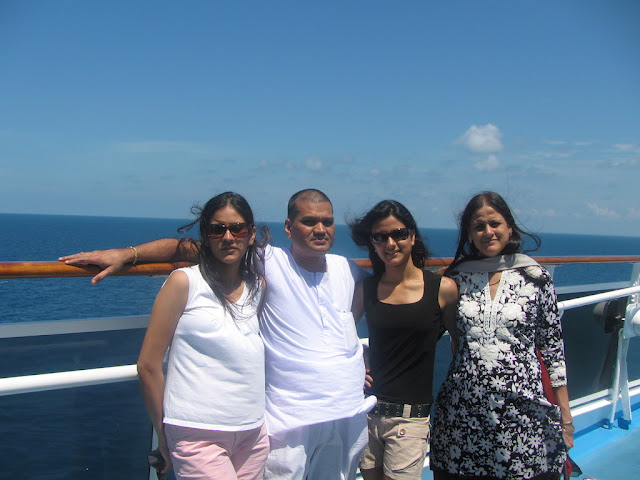 We eventually completed our formal education via distance learning and are post graduates in management today. But papa calls our degree a piece of paper. A way to attain normalcy in society. Papa often said, “Even if you become a sweeper, be the best one out there, excel and find your purpose”. Whenever he saw my sister and me developing an interest in any subject, he would make it a point to give us hands-on experience in that field. We would wake up early in the morning and leave the house with dabbas loaded with parathas and sabji, along with some hot tea in a flask. We would leave in the car and spend days meeting people in that field. At lunchtime, we pulled over by the road or a comfortable spot and enjoyed our home cooked lunch. This became a routine for any and every subject of interest. He brought relevant books. Made us watch selected old Hindi movies and tv serials. All of this was taped to limit our media viewing, but we didn’t seem to mind, because he always kept us on our toes. That was his way of training us. 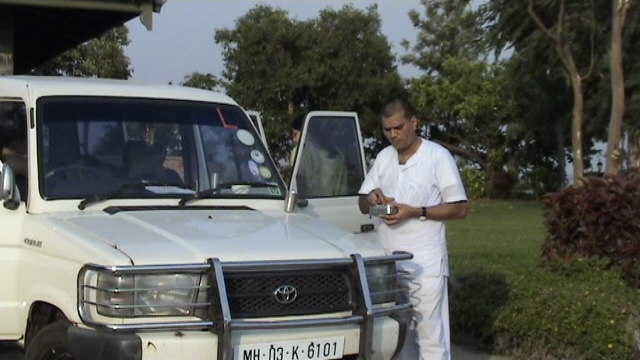 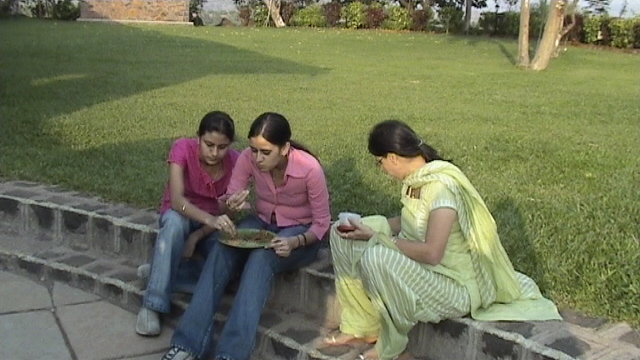 I still remember waking up to interesting newspaper cutouts that were pasted on our bathroom mirror or study table or anywhere within the vision. He took up social issues like bad roads and noise pollution. He went out of his way to make the world a little better every day. One such instance was about our childhood home locality, there was a big junction in the neighbourhood with no signal post which was causing frequent accidents. He took it upon himself to ensure that a signal was posted at the junction and after relentless efforts and multiple letters to the concerned departments, the signal was installed. He further went on to get a public toilet constructed, got roads repaired and took action against eve-teasing. Of course, all of this was done with the help of the administrative system.

Papa believed in making our street smart. He took us to Mantralaya and made us meet bureaucrats and politicians. We were almost too timid to make any kind of conversation with these dignitaries, but he almost kicked us right into their office. He faked his anger when we wouldn’t listen and we had no choice but to obey. It seemed so unfair at that time, but in hindsight, all he was doing was teaching us the ways of the world, the running of our administrative system. He didn’t let this intimidate us and brought humour and laughter to all our learnings. Right from the time we were kids, he made us shake hands with policemen for confidence building. 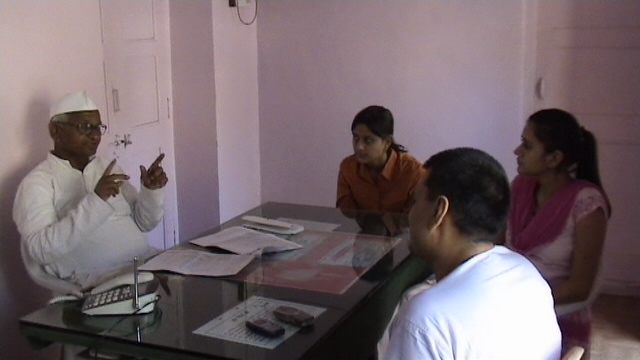 Visit to meet Anna Hazare in his village Ralegan Siddhi, long before he became a global figure  (the Year 2006 )

He believed that topics like self-help, health, and finance are really important and equipped us with them. He made us do routine plumbing and fixing jobs at home. He taught us everything that one needs to be practically equipped with including writing cheques and changing punctured tires and also got me enrolled for typewriting lessons when I was just 10. We grew up believing that we could do anything, just anything we wanted! 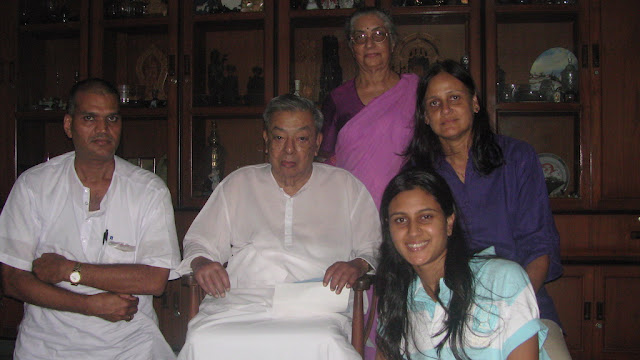 Visit to meet Mr Kurien Verghese, the man behind the white revolution, at his residence in Anand, Gujarat (the Year 2010 )

Everything seemed like a great idea with papa and everything was fun! Like our own Utopia. Where games and laughter and imagination were the only way to learn things and smiles were rewards. As kids, he always asked us to cook up a fancy imagination of what our perfect world would be like. I remember narrating my perfect world! I wanted a house atop the highest mountain, with a river flowing by and an orchard in my backyard with the most luscious fruits, a vegetable patch and of course flowers! We’d always compete to see who had the most vivid imagination. He encouraged us to make mistakes, but he was a stickler for discipline with a contemporary bend of mind. 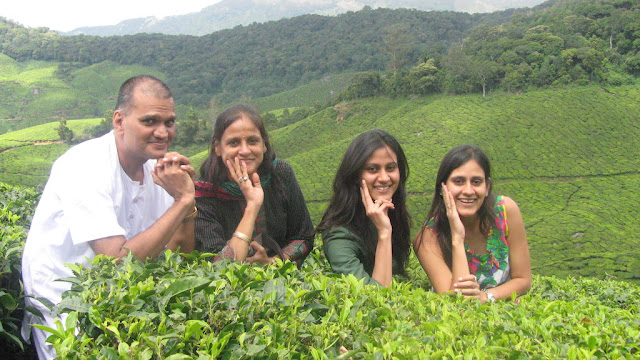 He said we could do anything we wanted and wear whatever we wanted as long as we did it a clean mind and with the right intentions. We were responsible for our own actions and our own life. While we enjoyed late-night parties, he was there like our protective knight, waiting outside the club to drive us home! Of course, my mother was always his partner in crime. They didn’t mind waiting for us, no matter how late it was. We never felt embarrassed about it. In fact, our friends found it amazing and I felt like I had really cool parents. 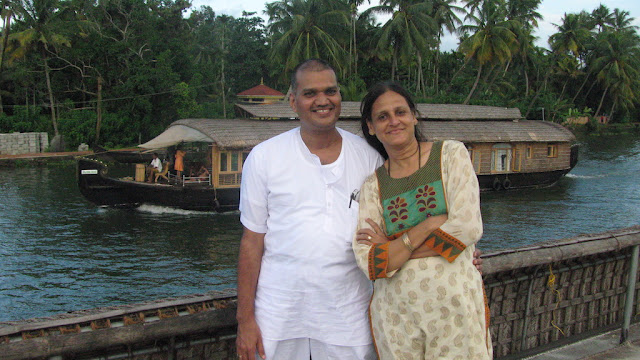 As kids, we had a modest life with meagre resources, but we always got more than we wanted. My father taught us sports like badminton and cycling and also driving. When we did something wrong, his punishments were funny, like clean your cupboard or cook dinner!  We hated it, but today we see the point. We experienced the entire spectrum from lodges to 5-star hotels. He made this possible by choosing a profession that allowed him to spend maximum time with us. He made us fiercely independent and encouraged us to discover our own path. I remember calling him and crying profusely because I was unable to get admission in college he bluntly said, find your own way” while secretly making calls to necessary people. 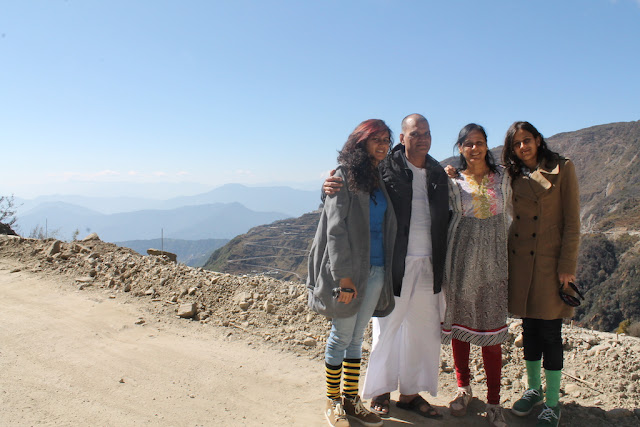 All problems and “difficult” situations like boyfriends, work or even marriage were tackled with open conversations with Mumma and papa. His usual dialogue was “Come in the hall, I want to have a discussion”. A lot of these discussions also happened by the sea face, coz papa believed that being in nature brought clarity of mind. He would take stock of our lives by making casual conversations at the dinner table, laced with humour but laden with love and concern. He’d say “I am available 24/7 for any discussion”. 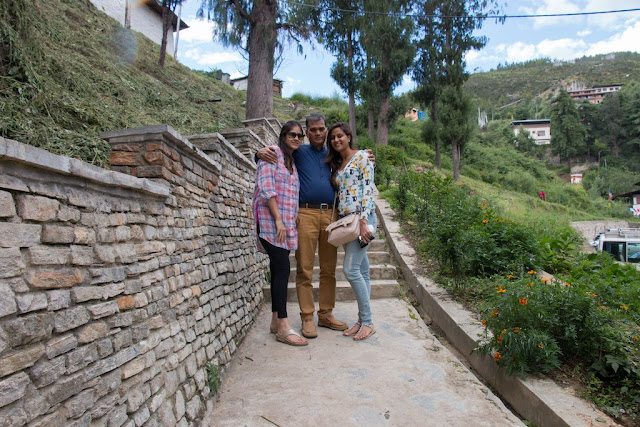 He had unique ways of dealing with situations. When we fell sick, he took us out of the city, if we were having trouble while studying, he would say, “change the location, sit in another room or go outside”, when we felt down or low, he would take us for a walk. We share a special bond with papa. It’s like he can read our mind and he always has a solution. He just knows whatever bothers us and always has the right thing to say. I wonder how he does it! 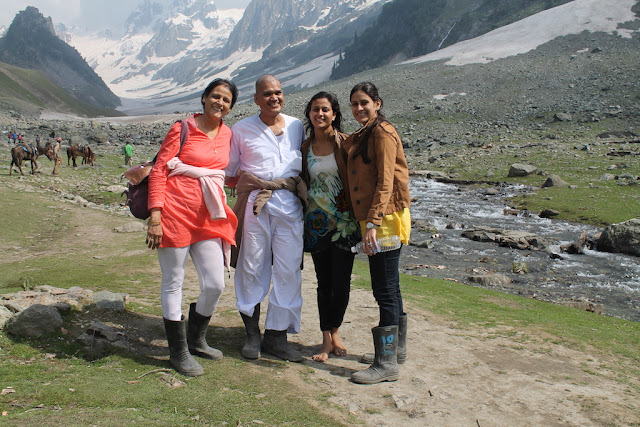 Of course, a lot of credit goes to my mom. It wasn’t easy coping a personality like his, but she stood strong by him with faith and unflinching conviction in his ways.  She took complete care of our physical wellbeing. She made nutritious, healthy and yummy meals for us. She ensured that we never left the house without a fully loaded Dabba of home cooked wholesome food. She had her own anxious moments when my father did things that were against the norm, but her strength of character and a pure heart was her biggest ally in their journey and she could put any life challenge to shame with her sheer innocence and outlook in life! 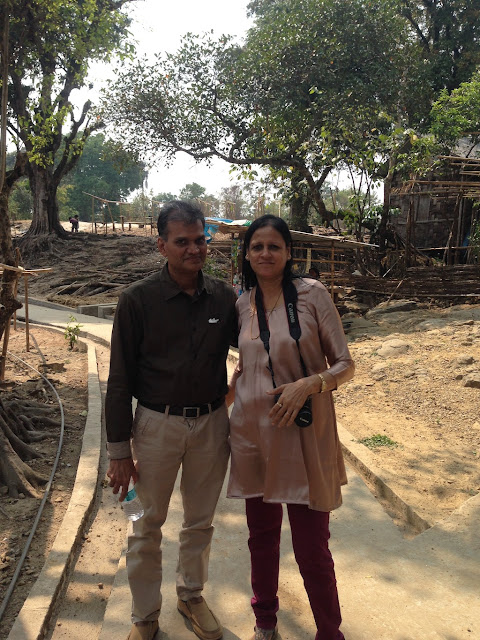 My dad meant more than the world to me, he still does! I slept most peacefully, when he sang me to sleep on his lap, The song that I always drew inspiration from became my lullaby and today my daughter proudly sings like papa,” Hanste Hanste Kat Jaye rate , Zindagi Yunhi chalti rahe, Khushi mile ya gam, badlenge na hum, Duniya chahe badalti rahe”.

This man with a demeanour that could make the devil sweat, who held our hand firmly as we learned to walk, now needs our help to manage daily mundane tasks. He has a condition called Essential Tremors where his hands have involuntary tremors. He captured all our childhood memories on camera and today when he clicks a picture, it is blurred due to shaky hands. This strong man with a lions heart and the will to raise two strong girls now cries at the drop of a hat. The man who taught us to live a balanced life is now losing his physical balance. It shatters me to watch this mountain crumble, but he’s a fighter!

He taught us never to quit and he leads by example. Even today his word is our final authority and one look from him is enough to make us tremble. He is still our strongest support system and we run to Him when life becomes too much to handle. His hugs are our security and his smile is our life.

Papa believes in the larger good and is a strong proponent of honesty. He believes in simple living and high thinking. He is a man young at heart and refuses to be called Nanaji by my children and they also address him as papa. He now wears modern clothes and believes in change as the only constant. 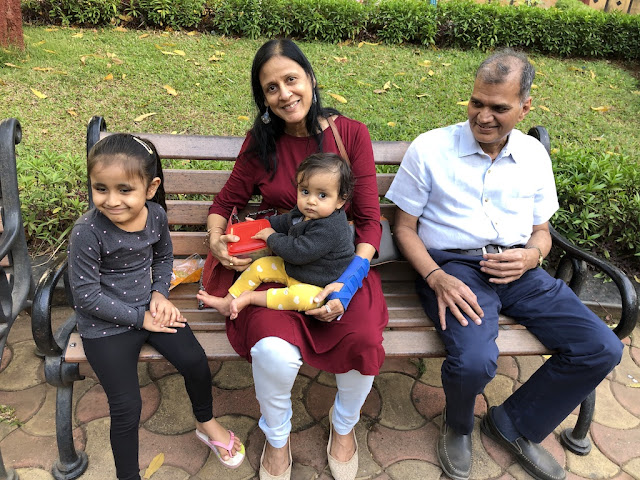 A man on a mission, a man with a will that withstands time! My Papa! Definitely my hero! 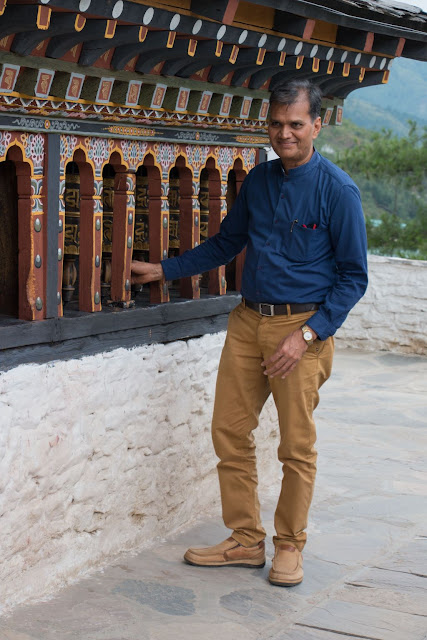 Farm Living is living on a farm instead of a city and experiencing fresh air and food, greenery, and healthy living. The best part is the dependence on money is far lower. Here, farming is optional, not mandatory. If your profession allows you to work remotely, you automatically qualify. Palaash Farm Living (PFL) offers a service in facilitating this transition. They conduct workshops with fellow travellers, provide 1-to-1 consultancy, farm residences on a long lease, and essential services on the farm. To know more click the link for details and registration http://palaashfarmliving.com