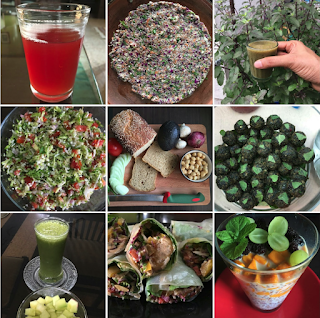 Preeti (Patil) has been a catering officer with Mumbai Port Trust since 1992. Every day, for many years, as she oversaw the catering for thousands of employees, she thought about the impact of the canteen waste being generated and trucked away. In 2001 Dr. R.T.Doshi inspired her through his terrace city farm to take the first step, of changing the perception, from waste into a resource. Putting to use the terrace above the kitchen she began her own experiments finding both answers and many more questions.

The teachings of Shri Dipak Suchde and the wisdom of Prof. Sripad A Dabholkar- founder of “Natueco Farming have been some of the most important sources for solutions for the 3000 square ft MBPT terrace. Through a combination of “Amrut Mitti” and pulverized kitchen waste the garden has produced an abundance of vegetable plants, trees, and herbs. Preeti and the MBPT garden team have kept the cycle of learning going, by contributing both struggles and successes to the rest of the Prayog Pariwar.

Over the years as the soil improved and the garden grew, urban farming enthusiasts and others began to visit. With security restrictions increasing at MBPT Preeti felt the need to share her knowledge and experience in a wider forum. She thought about how to involve different segments of society and how to take the learning from this urban farming project and turn it into a movement.

In 2009, as soon as Preeti decided to begin, help appeared. A good friend, Sabrina, came up with the name Urban Leaves. Devi who had been involved with the urban food and sustainable agriculture movement in the US moved to Mumbai. Jyoti, an avid home gardener was a ready role model! With their collective vision, diverse talents and pet projects they were ready to launch their very own city farming volunteer group. And Uday, Preeti's long-standing friend, and Vedanta teacher encouraged and backed them at each step. Urban Leaves became a program under the Vidya Vaaridhi Trust.

​Workshops on Amrut mitti quickly drew in keen learners. While a handful of these turned into committed volunteers, the need for a community garden, where they could work together, was felt. Mr. Avinash Kubal Dy. Director of Maharashtra Nature Park (MNP) in Mahim, realized the potential worth of such a community farm and immediately offered the group, a space within the park. From then on, the growth has been exponential. A second community garden started a year later at Nana Nani Park, Girgaum Chowpatty while several volunteers' terrace gardens are in various stages of growth. A few school garden projects have also been pilot tested, and a national seminar and many other events hosted. Today, four years later, Urban Leaves continues to collaborate with different individuals and groups is encouraged by the growth of 5 more community urban farms in Mumbai. 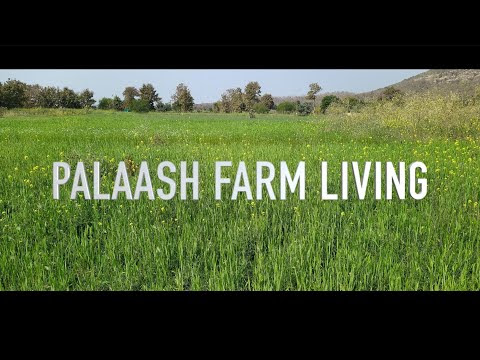 Farm Living is living on a farm instead of a city and experiencing fresh air and food, greenery, and healthy living. The best part is the dependence on money is far lower. Here, farming is optional, not mandatory. If your profession allows you to work remotely, you automatically qualify. Palaash Farm Living (PFL) offers a service in facilitating this transition. They conduct workshops with fellow travellers, provide 1-to-1 consultancy, farm residences on a long lease, and essential services on the farm. To know more click the link for details and registration http://palaashfarmliving.com

“Just get a 35 and pass, grades are not important. Focus on learning more important stuff “. He often said. I topped the class and he got upset! My sister and I found this behaviour really obnoxious and crazy! He wore a plain white cotton kurta pyjama wherever he went, be it a wedding, a party, an international trip or even a cruise. Yes, he was an unusual common man. Our papa. He had a unique way of raising us girls! When my younger sister and I were in school, he was really unhappy with the curriculum and methodology of the education system. So he got us out of the formal education system. At that time I was in college and my sister was still in 9 th grade. We spent our days taking up road trips, visiting villages, learning about rural development, water conservation, natural farming, natural living and meeting unusual people from all walks of life who were doing the “real” stuff and living a different life. We practised vermiculture in our own backyard. I still remember truckl